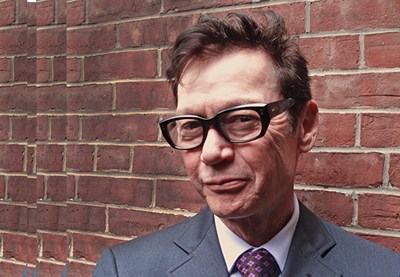 "Jack has always been an incomparable narrator of his own work." 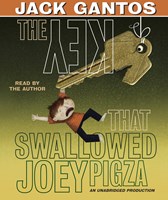 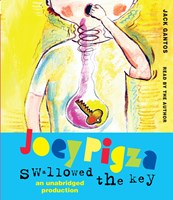 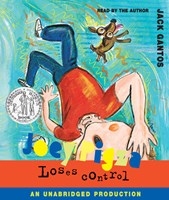 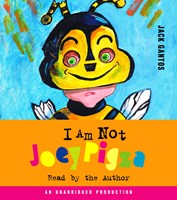 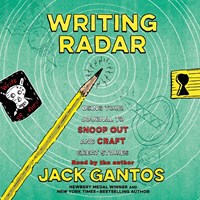 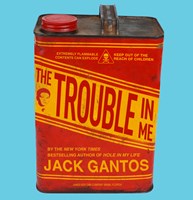 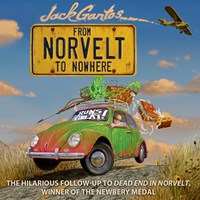 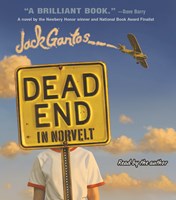 Jack Gantos has a knack for capturing a child’s view of life, whether he’s writing about hyperactive Joey Pigza—who swallowed a house key just to see if he could fish it back up—or Jack Henry—who spends his time chasing trains, UFOs, and bugs for his collection. Gantos also writes a picture book series about Ralph, a pet cat with a nasty attitude.

The Boston-area writer’s books have included an ALA Notable Book of the Year, a School Library Journal Best Book of the Year, and a National Book Award Finalist. Gantos travels around the country visiting schools, talking to children about books, writing, and childhood experiences. It was on such a talking tour that AudioFile caught up with him before a school visit in Detroit.

“When I was a kid, I moved forty times,” he told us. “I was always the new kid at school. I was never in the core group, the hip group, or the cool group. I was always a fringe kid.” His experiences on the fringes give him much of the background that makes his books as genuine and honest as they are wildly eccentric. Both “Joey Pigza” books have been adapted for audio, as well as two “Rotten Ralph” books, all narrated by Gantos. In 1994 Recorded Books published a recording of HEADS OR TAILS.

How does a grown man get into the mind of a 12-year-old? “The Jack Henry books are semi-autobiographical. To get into the character’s mind is easy, because I’m already in his mind. I have a head start. I know what I was thinking.” Gantos also kept a set of journals he began writing in the sixth grade. “I can actually research myself, which is pretty handy.”

The books featuring Joey Pigza are another matter. “I’m not Joey. I wasn’t an Attention-Deficit-Hyperactive kid. When I was young, I knew active kids, even though they weren’t called ADD or ADHD back then. I’ve gone to schools a lot over the years. I don’t know why, but the schools always put the hyperactive kids right in the front row. I think they figure the closer they are to the speaker, the more they’ll pay attention. I always seem to have my ADHD Club right at my feet.”

Where does Gantos look to find models of humorous storytellers? “I remember being a teenager and being absolutely glued to Richard Pryor’s routines. Man, I just thought he was the king. And Bill Cosby, remember his records? They kill me. They have me on the floor. He’s a great storyteller. That’s the kind of model I look for.”

Gantos finds recording an audiobook very different from speaking before a live audience. “When you have three or four hundred kids sitting in an auditorium totally focused on you, you can draw on that emotion. But when you sit down in that little studio to read a story into a microphone, you just have the text to draw on. Taping a book is about the hardest work I can think of. Two days in the studio, and I come out like a piece of crumpled tissue paper. I’m absolutely exhausted. There’s nothing left of me. It’s the most focus I’ve ever had to muster at one time.” Despite that intensity, or perhaps because of it, Gantos looks forward to the opportunity to record the third “Joey Pigza” book, which is due out in Fall 2002.—Steven Steinbock