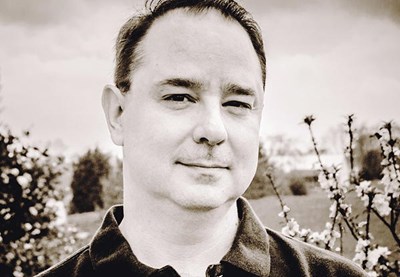 "One of the nice things about his vocal quality and tenor is that you know he’s someone who has experience, someone who knows what the world is about." 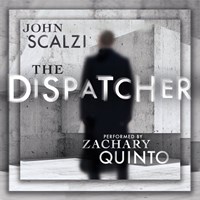 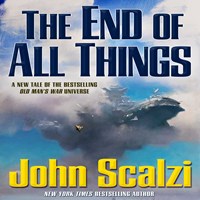 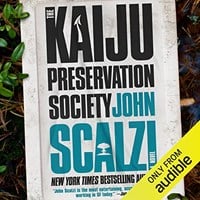 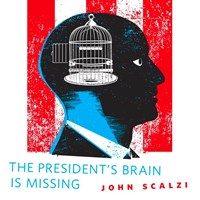 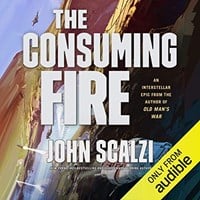 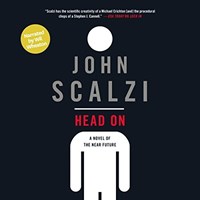 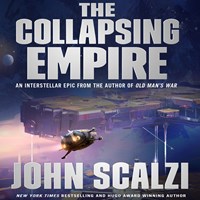 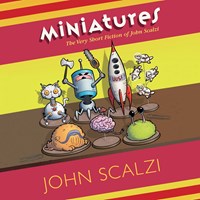 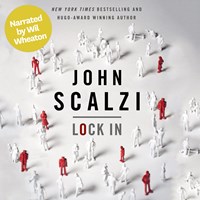 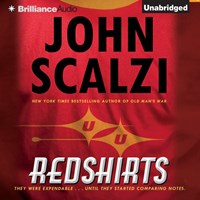 Hugo Award-winning and bestselling novelist John Scalzi knows just how lucky he is when it comes to the audiobook versions of his books. “I think William Dufris has done a very good job with the Old Man’s War series.

One of the nice things about his vocal quality and tenor is that you know he’s someone who has experience, someone who knows what the world is about. That trait lends itself to the universe of the series.” Scalzi says his own imagined voices of the characters are sometimes very different from the audiobook versions, but that’s not a bad thing. “There’s always a kind of a disconnect because narrators make their own choices, and the great thing about William and Tavia Gilbert’s work in the latest in the series, THE END OF ALL THINGS, is that they make that transition very easy.”

Television and film actor Wil Wheaton, best known for his roles on “Star Trek: The Next Generation” and “The Big Bang Theory,” who has also narrated books in the series, is closer to the creative voice Scalzi hears as he writes. “We’re friends, so anytime he needs an insight into a scene he can just call me up. He and I grew up in the same area of Southern California, and his intonation and pacing are so much like mine that when I listen to him, it’s me talking--but so much better. The narrative voice of Wil Wheaton is as close as you can get to me, without actually using my own specific brain.”

Scalzi used that brain and his mouth to record the introduction to THE END OF ALL THINGS. “I think it’s kind of fun to hear from the author. I do a lot of public speaking and events, so it’s not difficult for me to put myself out in front of an audience. I’m not exactly shy, but one of the things it does give me an appreciation for is just how difficult it is to do good audio.” Scalzi says when he listens to his voice, he thinks it sounds “mushy. But when you listen to an experienced audiobook narrator,” he adds, “the words are so crisp and the phrasing is so good, and you recognize that just because you can talk doesn’t mean you can narrate.”

Scalzi’s first novel, OLD MAN’S WAR, published in 2005, wasn’t meant to be the first in a series. He says he was just trying to tell a story with an interesting idea and a remarkable main character, John Perry. “Every book I write is meant to be a stand-alone. And that’s because as a reader I hate it when I get to the end of a book and I don’t have a complete story. When I wrote the first book, I didn’t know if I was going to be able to sell it, so I wanted to make sure it was selfcontained.” Because he wrote the book with a definite ending, Scalzi says, it allowed the series to happen. He continues to operate that way.

And while the new novel’s title, THE END OF ALL THINGS, sounds permanent, Scalzi says there will be another adventure for Perry in the future, just not right away. “I’m going to walk away from The Old Man’s War series for a few years, and the reason is that I’ve taken it to its completion and put the universe in a place where it’s changed completely, and I have no idea where the characters are going to go from there.” Meanwhile, Syfy recently announced that the cable network has begun development of a TV drama based on the series.--Randy O’Brien