"Rapture is what you feel at moments, a sense of the world being so wonderful." 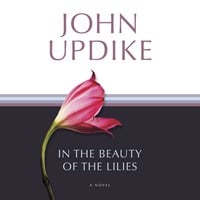 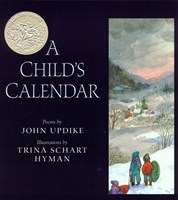 It's surprising to hear John Updike refer to himself as a "self-employed writer." The term seems too precarious, too edgy to apply to the American literary giant who first broke into print in the country's premier literary magazine, THE NEW YORKER, in 1954 at the age of 22 and who has over the last 50 years produced 54 volumes of stories, novels, poems, and criticism, winning virtually every top American literary award. His new collection, EARLY STORIES, gathers the stories written between his first publication and 1975, just over 100. The audio version features 14 of the most well-known early stories, read by Updike himself, Edward Herrmann, and Jane Alexander.

Of the audio production, the author says, "I'm very pleased they were able to get actors of such distinction. Herrmann has a lovely, easy voice, a good baritone. Jane Alexander has a kind of assertiveness in her voice; she takes command of the sentences." When asked about his own narration, he comments, "It's hard to reconstruct the voice that goes on in your head. 'Snowing in Greenwich Village' was a kind of a blow to have to record--I hadn't planned to--and there you have two women talking, so you're trying to pick your way between not only a male and a female voice but two female voices."

In his introduction, which Updike reads himself on the audiobook, he states that when writing these stories, he saw himself as "being in the business of delivering revelatory human news." Despite the difficulties of living that they portray, the stories are punctuated with joy, an upbeat postwar optimism. "Rapture is what you feel at moments, a sense of the world being so wonderful. I think of Wordsworth's words--'trailing clouds of glory do We come'--to describe that feeling of plain, unearned, undeserved happiness that comes upon my heroes: 'It's a miracle for the world to exist and for me to be alive in it.' The only thing tragic about this kind of joy is that it's going to end. For me, death is sort of the end of the party instead of the release that it is for many people."

Married and a father at a young age, Updike gave himself five years to break into writing. His fallback, he thinks, would have been journalism. But with his early success, his sustained renown, and his many accolades, one could say that Updike has made both the process and profession of writing look easy. In hindsight, he says, "It seems a little easier than it was at the time. Each inspiration--each day's work--has its challenge. In order to write, you've got to get up to 'a certain level.' You have to get into it." These days Updike writes at home, "upstairs in what used to be the maids' rooms." He works in three-hour sessions, for the most part, early in the day--"an hour to get into it, an hour when I'm really creative, and an hour trying to wind down.

"These are not very long workdays. But put them end to end, and it does add up. I've tried to apply myself conscientiously to the profession of writing. Most people get up earlier and work much longer days. There are many nice freedoms that a self-employed writer has, and I've tried to earn those by keeping at it."--Elizabeth K. Dodge
Photo by Martha Updike
February/March 2004