Critically acclaimed author Tami Charles’s life is defined by leaps of faith, including leaving a successful career as an educator to write full-time. “I give lots of credit to my husband. I was teaching and writing--early mornings, late at night, on weekends. But that takes its toll. ‘What if you go all in on the writing?’ he encouraged me.” Charles finally decided to “go for it” after securing her fifth book advance. “Even then, part of me was afraid to walk away from something I’d loved for years.” 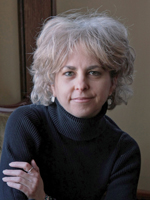 After a college teacher told Kate DiCamillo that she had “a certain facility with words,” she went around wearing black turtlenecks for 10 years and telling people she was going to be a writer. She didn’t actually put much on paper during that time but supported herself with jobs “at the margin of society,” including stints working at Disney in Orlando. “I learned a great work ethic and about the show and being on stage. At the Magic Kingdom,” she explains, “there were underground tunnels connecting everything. Down there it was quite grim, but upstairs it was glorious! The first time I started to write a story I realized: Here is the tunnel--the hard work--and up there is the show.”

Karen Hesse, who has won a Newbery Award for children’s literature and a MacArthur Fellowship “Genius” award for her writing, conducts months of research for each of her books. When it comes to kids, she says, “How could we give any less than our best effort?

Chris Raschka’s “musical” audiobooks are so catchy, you won’t be able to get them out of your head. Raschka remembers the exact moment that he conceived the idea of his first book about jazz, CHARLIE PARKER PLAYED BE BOP. “I was walking in Central Park,” the New York-based writer recalls, “and I knew I wanted to distill everything I knew about Charlie Parker into two ideas: Charlie Parker played bebop and Charlie Parker played saxophone. To build on those two facts, I suddenly came up with the idea of basing the structure of the book itself on a jazz piece. So I took those simple lines and manipulated and altered them the way a jazz musician does a melodic line.” One part of the text even resembles “scatting,” nonsense syllables used by jazz singers to “become” a musical instrument. Raschka started out as a graphic artist and a classical violist; after getting tendinitis, he put his viola down and concentrated on art. For a number of years he would work on commercial graphic arts in the afternoon and children’s book ideas in the morning. Some adults didn’t “get” the Parker book at first, he remembers. “Some reviewers felt that it was too sophisticated for children because it doesn’t have a traditional story line, and it repeats a lot, and it has those nonsense syllables.” But kids, of course, did get the book’s playfulness, and happily, it was a bestseller. Raschka’s second jazz book, Mysterious Thelonious, about pianist Thelonious Monk, features a color pattern in its art work that allows the listener to play the book’s music, Monk’s “Misterioso.” “If you get 12 pieces of colored tape that match the rainbow of illustrations and you place them on adjacent keys of a piano, you can follow the colors and play the piece,” Raschka explains. As for new projects, Raschka is thinking about books on John Coltrane, Miles Davis, and, particularly, Dizzy Gillespie. If ever books were meant to be heard, these are the ones—by kids and adults.
—Elizabeth K. Dodge 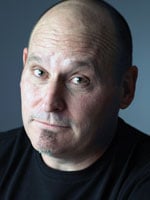 The year 2008 was a big year for children’s book author Jon Scieszka. In January, the Children’s Book Council and Library of Congress pronounced him the first National Ambassador of Books for Young People. Then he left on a national tour with David Shannon, the madcap illustrator of his Trucktown series. Scieszka describes a wild two weeks. “Kids all over the country made me sashes and crowns. We laughed ourselves sick, and because this was the first ambassadorship, we used the opportunity to make things up left and right on how it should go.” 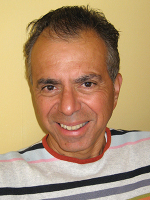 Award-winning poet, young adult novelist, and children's author Gary Soto still remembers the pleasure of being read to as a child. "In school I got dreamy every time my first-grade teacher, Miss Sue, would read to us. I just loved being read to. Later on, I recall our fifth-grade teacher, Mrs. Sloan, reading PINOCCHIO to us after recess. We'd come in all hot and sweaty; then we'd just be chilling, listening to the story unfold." 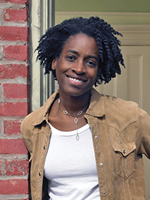 Jacqueline Woodson was a storyteller even as a child--although when she was younger, she says, these stories weren’t the “once-upon-a-time kind,” but more outright lies, tall tales she told to see just how much she could get away with. “It wasn’t malicious,” she laughs. “I just loved to engage people with stories from a young age, and I didn’t know how else to do it.”