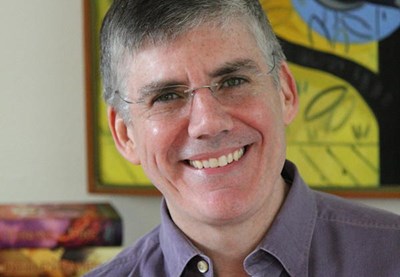 “It can be tricky to capture the voice of a kid, especially when you’re using a first-person narrator, but to bring it to life in audio is an even greater challenge.” 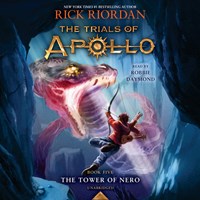 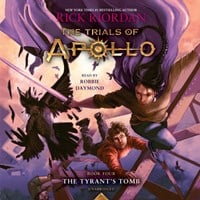 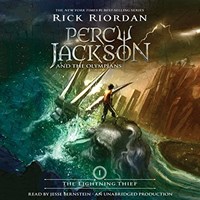 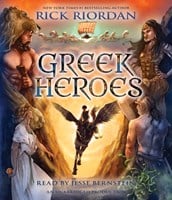 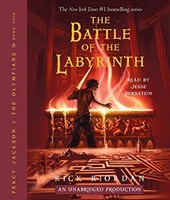 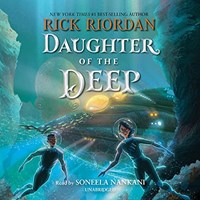 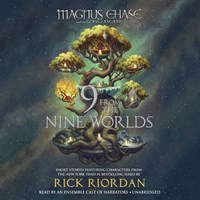 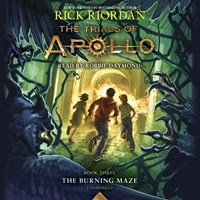 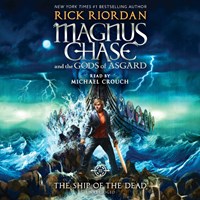 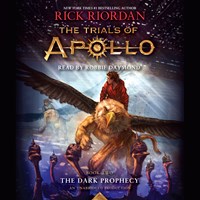 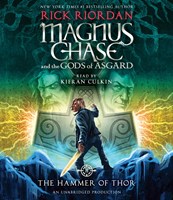 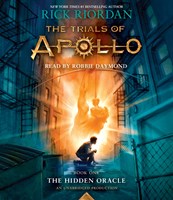 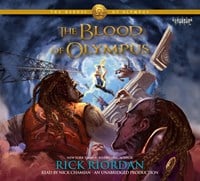 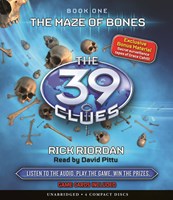 Rick Riordan doesn’t listen to his own audiobooks. Ever. He’s been told they’re great, and he’s an avid audiobook listener himself. “But hearing my words spoken by someone else makes me unsettled--probably because I’m so used to how the narrative sounds in my head.” This hasn’t always been the case. “I tried to listen to one of my early adult mysteries on audio, and I got so agitated I had to stop after five minutes.” So Riordan hasn’t seen the movie adaptation of THE LIGHTNING THIEF--nor does he plan to. “My own picture of the story is so set and clear--I couldn’t abide seeing someone else’s interpretation.”

As an author himself, Riordan has a deep appreciation for writers who have a knack for narration. “I thought Neil Gaiman did an excellent job reading THE GRAVEYARD BOOK. Few authors can read their own work so well,” he acknowledges. Like so many fans of the format, Riordan does most of his listening on long car trips. “And we have a lot of those in Texas!” It seems that Spenser often rides shotgun by way of Joe Mantegna’s performance of Robert Parker’s detective hero.

Riordan does read his own work aloud, but there’s a proper time and an appropriate audience for that. When a manuscript is complete, he reads it to his sons. “It’s a critical part of my writing process. I catch sentences that don’t sound right, sections of the narrative that aren’t fast enough, jokes that aren’t funny--all sorts of problems! It makes my prose much tighter and more realistic to read it aloud.”

That step in the creative process also demonstrates one of the biggest challenges Riordan faces as an author of books for young people. “It can be tricky for an adult to capture the voice of a kid, especially when you’re using a first-person narrator.” He muses, “It’s tough for me to write that voice, but to bring it to life in audio is an even greater challenge.”

When Brilliance Audio took on the task of recording Riordan’s new series of mythology-influenced books, the challenge was doubled because of the books’ first-person narration structure. Fortunately, Brilliance tapped top talent to bring the young protagonists of THE RED PYRAMID to life: Kevin R. Free and Katherine Kellgren. “Dual narrators allow me to have a male and female lead, and to tell the story from two points of view,” Riordan says. “It was so much fun because Carter and Sadie bicker back and forth, and don’t agree on what happened. The story becomes a running sibling debate, which I think a lot of kids are familiar with.”

Riordan is also delighted with the opportunity to share the wonders of Egyptian mythology. With the explosion of hero Percy Jackson on the literary landscape, a vast and deep knowledge of mythology has spread, and “mythology bees,” in which kids can show off their knowledge of ancient heroes, have proliferated in schools across the country. Riordan remembers that mythology was the gateway to his own life as a reader. “I think mythology has timeless appeal because it offers larger-than-life characters, magic, monsters, heroes--pretty much everything you need for a rollicking good story. Mythology appeals to young readers especially because they like imagining themselves in the hero’s shoes. When you’re young, every challenge seems Olympian in size and difficulty, and who wouldn’t want to be as powerful as a demigod?”

When it comes to creating memorable characters and enthralling plots, Rick Riordan is not just a master of myth but also a legendary storyteller.--Ellen Myrick