Home»Reviews»THE BATTLE OF THE LABYRINTH 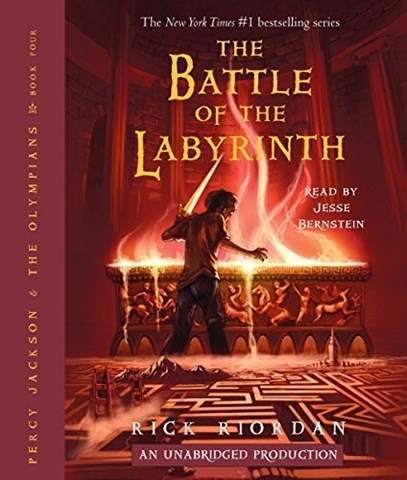 THE BATTLE OF THE LABYRINTH Percy Jackson and the Olympians, Book 4

Speedy introductions of familiar and new characters and previous plot summaries may briefly confuse a new listener, but fans will savor them. It's not long before Percy Jackson, half-god son of Poseidon and a mortal mom, learns of his fourth mission: searching the Labyrinth for a way to stop Kronos's plan to unite the evil forces of the underworld. Jesse Bernstein is on target whether he's narrating blow-by-blow accounts of Percy's sword fights or inventing cameos for various other characters: Hephaestus, who repairs a Toyota; an aged Daedalus; and Grover, Percy's slow-witted sidekick. Bernstein is just as skillful at wringing humor from the witty dialogue and from the contrasts between the modern and ancient worlds. In Percy’s world a half-god can summon the dead with McDonald's Happy Meals. S.W. © AudioFile 2008, Portland, Maine [Published: OCT/NOV 08]