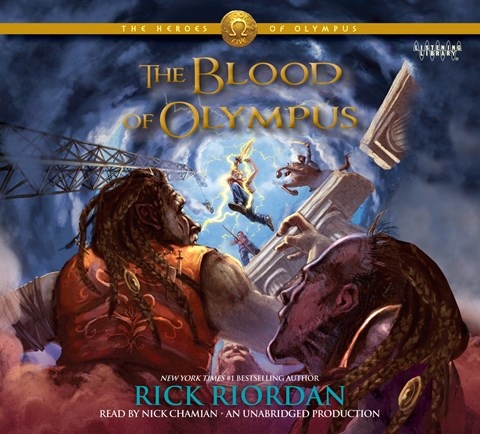 THE BLOOD OF OLYMPUS Heroes of Olympus, Book 5

Nick Chamian creates a subtly distinct voice for the character of Nico di Angelo in this last installment of the Heroes of Olympus series. Chamian's pace is steady as two groups of Greek and Roman demigods traverse continents in an attempt to fight Gaea, the earth goddess bent on destroying the gods. Chamian shines in the voices he creates for the gods and mythical creatures, but the demigods are less distinct, so it occasionally becomes unclear who's speaking. While the action-packed plot includes puzzles and twists, this is primarily a story about Nico and his friends coming to terms with themselves and figuring out where they belong. Fans of the series will be satisfied. A.F. [Published: JANUARY 2015]