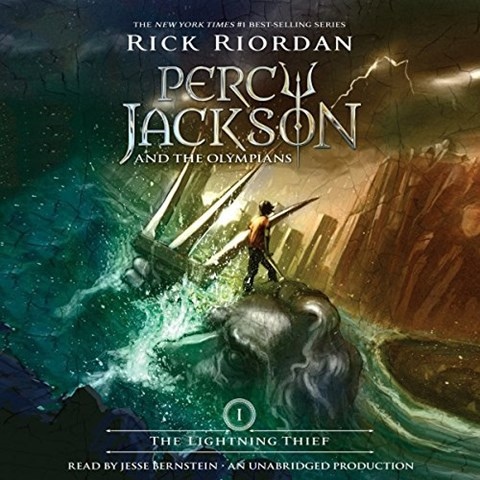 Twelve-year-old Percy Jackson knows he's different, but when a teacher becomes a deadly monster and his scrawny best friend turns out to be a satyr, he learns he's a hero--the half-blood son of an Olympian god. Narrator Jesse Bernstein artfully creates a variety of characters, including nervous goat-boy Grover and bossy wise-girl Annabeth (Athena's daughter), but his masterpiece is the boyish and sarcastic Percy himself. Bernstein also rises to the challenge of giving voice to the Olympians. From Aries's growling and guttural snarls to Zeus's haughty tones, Bernstein breathes new life into these ancient characters. Adults and children alike will be spellbound as they listen to this deeply imaginative tale unfold. J.C.G. Winner of AudioFile Earphones Award © AudioFile 2001, Portland, Maine [Published: DEC 05/ JAN 06]