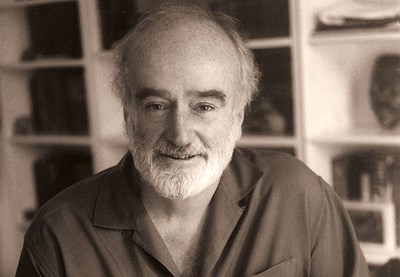 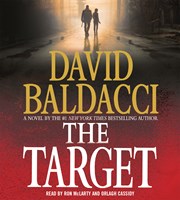 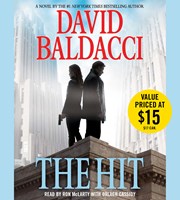 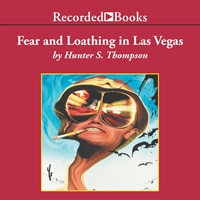 You might recognize veteran actor Ron McLarty from his more than 100 appearances in movies and television series like "Spenser for Hire" and his recurring role as Judge Wright on "Law & Order." Or, as he jokes, you might think you "went to high school together." But when he opens his mouth to speak, you'll recognize the mellifluous vocal tone and smooth, deliberate delivery that have made dozens of audiobooks come alive. He says he's a fan of the format and follows several fellow narrators' work. "I like to listen to them. I put them on in the house and walk around with them."

McLarty is more than an actor who reads books aloud--he's also an accomplished playwright and an acclaimed novelist who doesn't have a problem recording his own work. He says there's enough distance between the "writing artist" and "performing artist" to make the recording of his novels, THE MEMORY OF RUNNING and ART IN AMERICA , a separate job.

McLarty's own path to publication began with an audiobook publisher (Recorded Books) instead of the usual route of the printed word and then the audio version. After the release of the audiobook version of THE MEMORY OF RUNNING , his friend and frequent collaborator Stephen King, bestselling writer, wrote an impassioned plea in Entertainment Weekly, calling it "the best book you can't read."

That helped the novel find a conventional publisher.

When writing his novels, McLarty uses the same tools he uses as an actor. "The little quirks, the little sayings that people have, the way they move might be things that you can use. You store that in a little part of your brain. I can pull them up and use them in writing, and that's when acting and recording audiobooks inform my writing."

A consummate professional, McLarty says he's up for just about any kind of job. "That's the best part about being an audio narrator. You get to play all the roles, and you get to interpret them. I just finished a terrific thriller called FIRST FAMILY by David Baldacci, and I got to play everything from the president and the president's wife to a villain with a deep Southern accent. And it's thrilling. When you do a part in a play or a movie or a television show, you're as good as the person you're working with, and your role is the backseat to the lead actor. While that's satisfying in its own way, you just triple that when you're doing an audiobook. I find it to be the most fun."

But sometimes the writer comes out and makes harsh observations.

"I'm very critical; sometimes it's hard to hear my own stuff. It's sort of like watching yourself on television as an actor. When you're doing it, you might think--"Hey, that was pretty good, that's a real nice interpretation of the scene.' And then when you see it on the screen, you're so hard on yourself. You ask, "Is that me?'"

In the beginning, playing everyone in a production was a challenge. "I remember when I first started to talk for the women like this." He pitches his voice high into a falsetto register. "But a recording engineer advised me to add a little bit of a softer quality and just do women a lot smarter than the men. And she was right."--Randy O'Brien

What a year for this actor/author. Ron was nominated for two Audie Awards—one for Original Work: his own novel THE MEMORY OF RUNNING , which he read with special heartfelt insight. The novel is still unpublished and was written originally as a play. Also in 2001, he took home the Audie prize in the mystery category for Laurence Shames's THE NAKED DETECTIVE . Ron is an engaged storyteller—ably narrating a unique collection of WWII memoirs, BEYOND VALOR , and presenting A LONG WAY FROM CHICAGO , Richard Newton Peck's Newbery-honored book, with particular style. He deftly pulls out the gripping suspense of James Grippando and Peter Straub, yet amiably lends credibility to the light fare of Danielle Steel. Ron continues to write plays and appears with regularity on "Law and Order" while serving listeners an eclectic fare of audiobooks.--2001 Narrator Yearbook