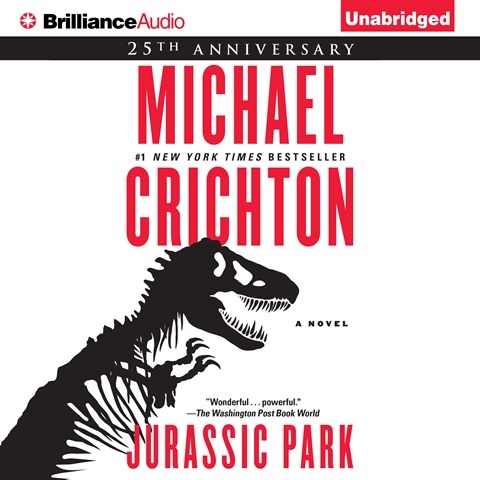 Crichton's masterpiece of sci-fi, written in a disturbingly plausible way, still haunts the heart and mind 25 years later. Scott Brick brings a chilling calm to the complex story with his deep, even tone and clear enunciation. Unlike the movie, the plot is a slow burn, full of dark twists and turns that Brick magnifies by slowing down his pace during moments of suspense while maintaining a cool, professional inflection. He does a particularly fine portrayal of John Hammond, the creator of the controversial park, giving the character a raspy edge that suits the dark agenda beneath his grandfatherly facade. The dinosaurs await, and one cannot deny the cerebral thrill when Brick brings the listener through the park’s gates. Absolutely riveting. E.E. Winner of AudioFile Earphones Award, 2016 Audies Winner © AudioFile 2015, Portland, Maine [Published: MAY 2015]