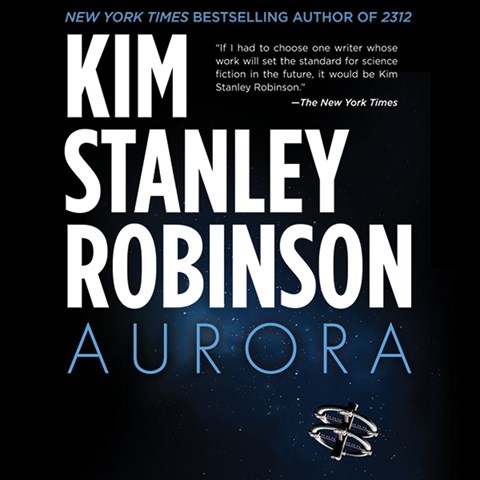 The year is 2545 AD, and 2,122 human beings are in their sixth generation traveling aboard a starship that is destined to deliver the first people from Earth to colonize the moon of a planet of a distant star. Ali Ahn narrates the many dense and fascinating passages with the clipped and dispassionate tone of a computer—a style that makes complete sense since the story’s main character is “The Ship’s” computer, which chronicles the centuries that it takes the vehicle to travel through space. Robinson has a reputation for putting hard science in science fiction, and Ahn does an admirable job clearly delivering the details—from balancing the Earth-like biomes in deep space to meeting the psychological needs of the crew. Sci-fi at its best. B.P. 2016 Audies Finalist © AudioFile 2015, Portland, Maine [Published: OCTOBER 2015]