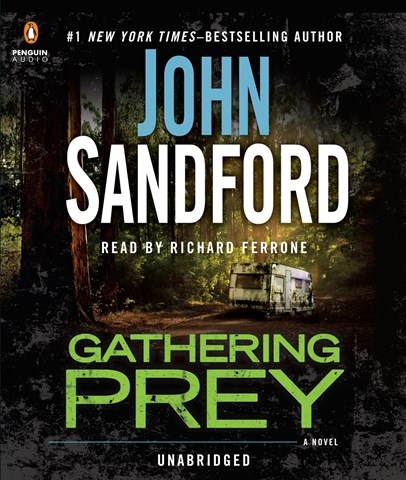 Richard Ferrone is at the top of his game as he narrates Sandford's 25th "Prey" thriller. Ferrone has had plenty of practice, having narrated all the audiobooks. This one's quite a bit different, with Lucas Davenport in a multi-state pursuit of a Charlie Manson-like cult called the Disciples, led by a madman named Pilate. They start out by crucifying and slashing to death two acquaintances of Davenport's adoptive daughter, Lettie. Sandford and Ferrone make this the most nonstop, exciting audiobook in the series. Ferrone's narration leaves the listener breathless as Lucas encounters one near-death situation after another. Ferrone is at his best depicting the cult characters--who are as evil and crazy as can be. A.L.H. © AudioFile 2015, Portland, Maine [Published: APRIL 2015]