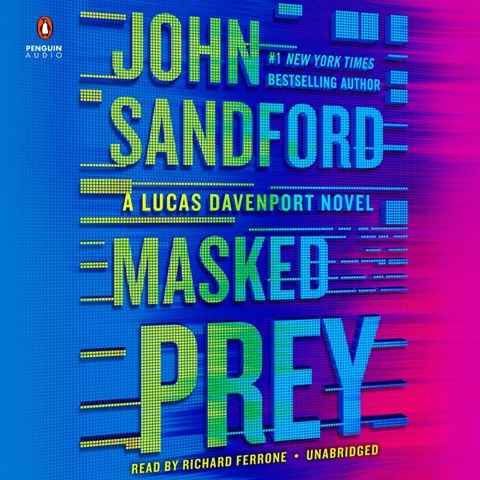 Narrator Richard Ferrone returns to give listeners Book 30 of Sandford's Prey series. Ferrone's deep, gravelly voice has matured along with lead character Lucas Davenport, who is called upon to investigate a web of extreme right-wing groups. Ferrone masterfully portrays Davenport and his fellow U.S. marshals, Bob and Rae. The topical plot takes on our obsession with social media and the potential threats posed by those who manipulate it. Even with his deep voice, Ferrone manages to successfully portray a female teenager, her male schoolmate, and other female characters. Listeners are drawn down many false paths before Davenport gets one step ahead of the FBI and the killer. E.Q. © AudioFile 2020, Portland, Maine [Published: APRIL 2020]