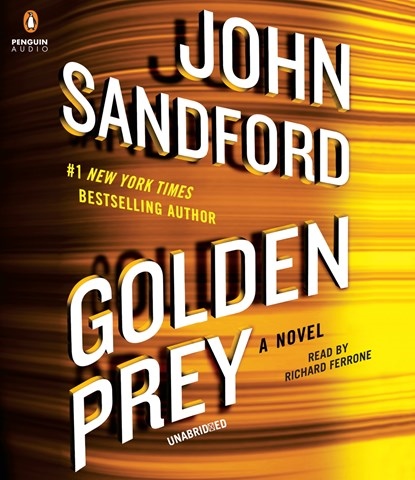 This audiobook is a prime example of what makes for addictive listening. Sandford moves the plot quickly through the dialogue of colorful, even maniacal, characters, setting a real challenge for narrator Richard Ferrone. The 27th in the Prey series has Lucas Davenport out to prove himself in unfamiliar territory as a U.S. Marshal. Ferrone differentiates characters, including women and children, through tone and accent. He even conveys a killer speaking while toking marijuana. While Ferrone's gruff timbre is less effective for female characters, his pace is in perfect step with Sandford's nonstop action. E.Q. Winner of AudioFile Earphones Award © AudioFile 2017, Portland, Maine [Published: MAY 2017]