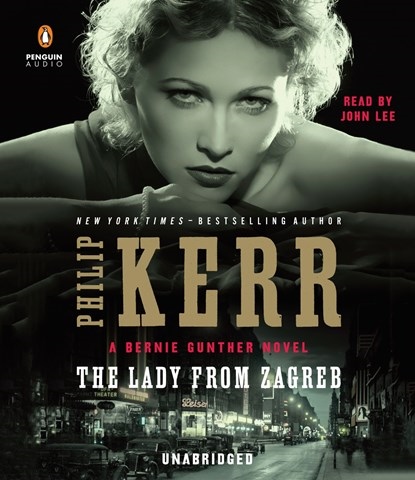 In Kerr's newest period crime drama, it's 1943, and Berlin cop Bernie Gunther is trying to stay clear of the Nazis while solving the murder of a lawyer who acted on behalf of wealthy Jews. John Lee, who has narrated many of the Bernie Gunther series, knows the territory. His Gunther seems believably world-weary and has the edge you'd get from having to pass for a true believer behind enemy lines. He also colorfully draws a range of secondary characters, including SS officers, crooked Swiss bankers, and a damsel not-quite-in-distress. Lee's pace early on is a bit too relaxed, but things pick up midway, and his rich voice is always a listening pleasure. A.C.S. © AudioFile 2015, Portland, Maine [Published: MARCH 2015]