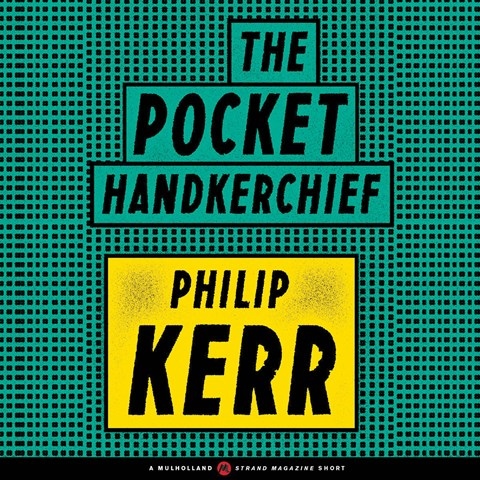 This eerie, fascinating tale gets a robust enhancement from Graeme Malcolm's spirited narration. The underworld is splendidly portrayed in Philip Kerr's short story when Edgar, a young British orphan, convinces his stepfather's slave, Scipio, to help him visit his dead mother via a "door" to the other side. Malcolm’s distinct characterizations of Edgar and Scipio leave no question as to who is speaking during their conversations, and the ease with which he transitions between their two dialects produces the effect of multiple readers. The union of story and performance is an auditory treat for historical fiction and mystery fans alike. THE POCKET HANDKERCHIEF, part of Mulholland Books’s Strand Originals series, is a delectable snack of a listen. J.F. Winner of AudioFile Earphones Award © AudioFile 2016, Portland, Maine [Published: JUNE 2016]