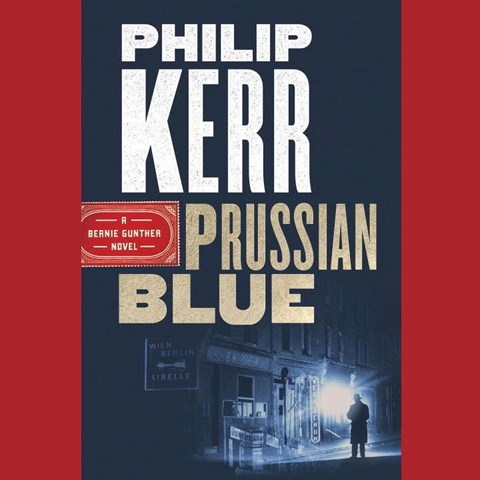 Bernie Gunther is a shrewd German detective in prewar Nazi Germany. Narrator John Lee is the personification of Gunther--full of sarcasm, street smarts, and dark wit. When Gunther is forced by the Nazis to investigate the murders of Hitler's right-hand men in Austria, Lee takes listeners on Gunther's tumultuous and treacherous journey, keeping them riveted as he continually bumps heads with a Nazi opposition that is determined to stop him. Lee switches from his own British accent to a German one effortlessly while passionately displaying the brutality of the Nazis. As Gunther interrogates Austrian suspects, Lee effectively captures the citizens' fear of the Nazi war machine. Even though the story jumps from pre- to postwar events, Lee keeps listeners on track through pace and timing. Perfection! B.J.P. Winner of AudioFile Earphones Award © AudioFile 2017, Portland, Maine [Published: MAY 2017]