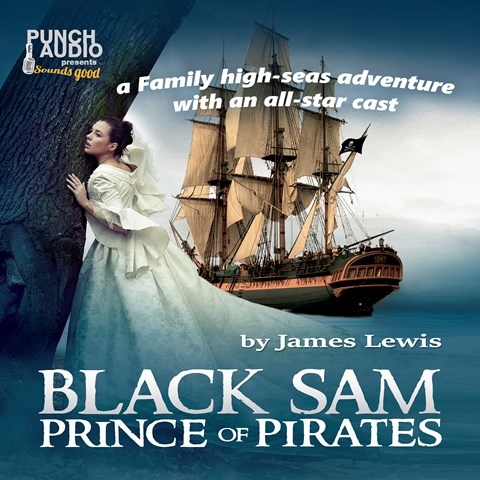 It's the early eighteenth century, and "Black Sam" Bellamy has gone to sea, signing on with some of the roughest privateers in New England to make his fortune and win the hand of the fairest maiden in Boston. In this full-cast narration, character accents abound from around the globe and across the centuries: Irish, Jamaican, Cockney, upper-crust British, a William-Shatneresque delivery for the narrator, and good, clean 1950s Hollywood voices for the star-crossed lovers. All the vocal performances are over-the-top, but so is this oddly entertaining story. B.P. © AudioFile 2015, Portland, Maine [Published: MAY 2015]