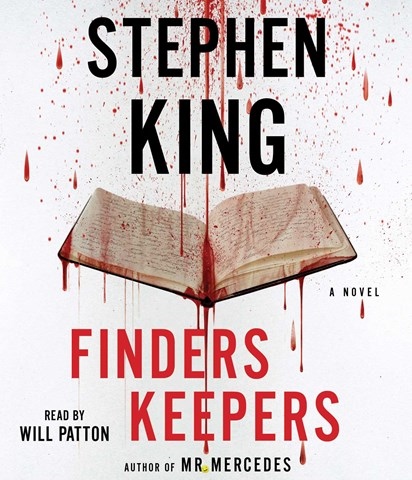 Narrator Will Patton takes the best Stephen King novel in years and turns it into an audio masterpiece. Patton sets the mood of greed, desperation, and frustration with an astounding delivery that does the work of a half-dozen actors. Switching vocal styles as easily as a chameleon changes color, Patton portrays an elderly author and the man who murders him over his treatment of one of his characters. Patton takes the listener on a journey of intrigue as a teenage boy finds the murdered writer's unpublished works 35 years later—just as the killer is released from prison. Listeners may double-check to see how many narrators are performing this work. But it's just Patton, and he's more than enough. M.S. Winner of AudioFile Earphones Award, 2016 Audies Finalist © AudioFile 2015, Portland, Maine [Published: JUNE 2015]