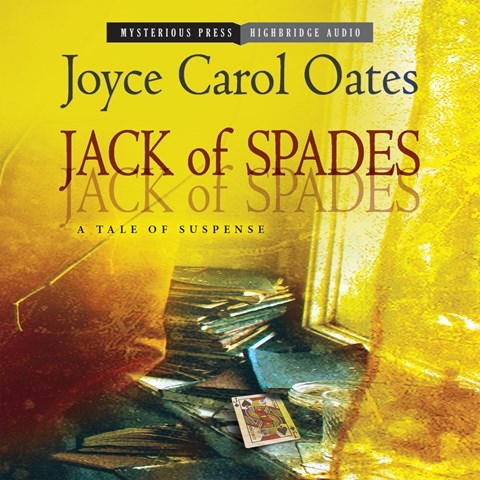 JACK OF SPADES A Tale of Suspense

Author Joyce Carol Oates and narrator Joe Barrett create something irresistible to any mystery bibliophile. This audiobook has psychological delusions and literary allusions in spades. Even when you think Barrett has revealed all that's "Hyde"ing behind the persona of the protagonist--a mystery writer who quotes with pride the reviewer who called him "the gentlemen's Stephen King"--it turns out you still don't know Jack. Barrett clearly revels in this character, whose thought processes careen between those of a caring, cardigan-wearing Mr. Rogers and THE SHINING's Jack Torrence (complete with ax). You might hear Barrett make a few slips when transitioning between character voices, but you just won't care. K.W. © AudioFile 2015, Portland, Maine [Published: JULY 2015]