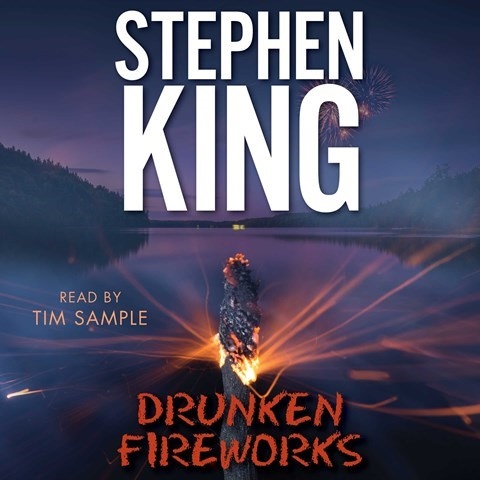 Combining Stephen King's masterful storytelling with humor, bizarre characters, and fireworks, narrator Tim Sample unfurls the story of an escalating rivalry with precision. In the rolling, deliberately paced drawl of a seasoned Mainer, Sample recounts a yearly fireworks competition: Alden McCausland and his mother against the wealthy summering Massimos, from Rhode Island. Jaunty, trumpeted renditions of “America the Beautiful” book-end this performance, its lurching, spirited notes mirroring the lunacy in King’s landscape of dialogue, family history, and mounting desperation. Sample’s sardonic delivery peppers a sordid narrative with moments of flippancy, and by grounding the dialogue and characterizations in specificity, he keeps a tight reign on King's kaleidoscopic sense of detail. An odd, enjoyable summer listen, and an excellent recommendation for non-horror fans who are interested in King’s work. K.S.B. 2016 Audies Finalist © AudioFile 2015, Portland, Maine [Published: JULY 2015]