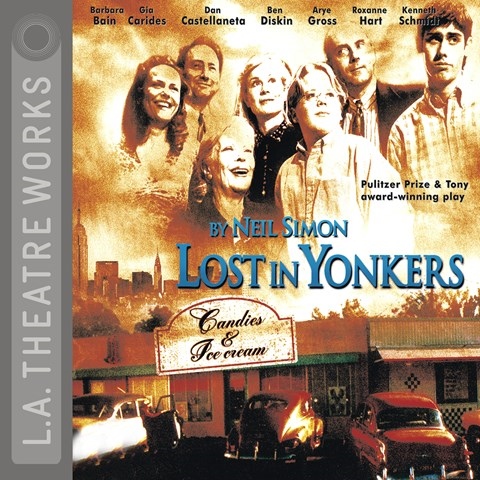 by Neil Simon | Read by a Full Cast

Simon’s nostalgic drama about a New York Jewish family in the 1940s could have been written for the ear. Each character speaks with a distinct cadence; even young brothers Jay (Ben Diskin) and Arty (Kenneth Schmidt) are immediately recognizable from their first lines. The play is melodramatic and relies too often on verbal tricks, such as Gert’s (Gia Carides) wheezing, but the core struggle is powerful. Central to it are Barbara Bain, who plays the grandmother, trapped by old pain but longing to love and protect her children, and the childlike Bella (Roxanne Hart). The range and depth of these women make this production thrilling. G.T.B. © AudioFile 2002, Portland, Maine [Published: JUN/JUL 02]