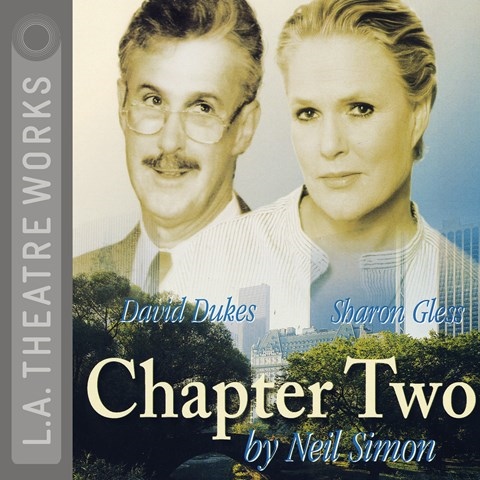 In one of Neil Simon's most intimate and personal works, the superb David Dukes and Sharon Gless (CAGNEY & LACEY) find subtlety, sadness, and bright humor in the roles of a recent widower and a recent divorcée who strike up a fresh and easy relationship despite first being introduced to each other over an awkward phone call. The vocal chemistry between Dukes and Gless is especially good when their characters spar about how to deal with the memories of the first chapters of their lives. Gates McFadden (STAR TREK: NEXT GENERATION) and Grant Shaud (MURPHY BROWN) add fine comic touches as the couple's nosy brother and best friend who show a little too much eagerness in getting this touching and thoughtful romance off the ground. B.P. © AudioFile 2014, Portland, Maine [Published: MAY 2014]