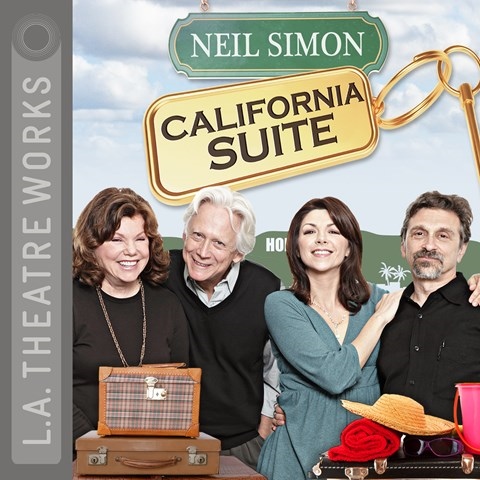 Television and Broadway standouts Marsha Mason, Bruce Davison, Dennis Boutsikaris, and Amy Pietz join forces to play ten characters in four skits in this perennial Neil Simon favorite. The action and laughs may all take place in various rooms of a fancy Beverly Hills hotel but the accents and attitude are all very much East Coast. There's wonderful moment in the opening sketch between Mason's character and Davison's character, who had moved to L.A. She asks why he "gave up analysis," and he replies, "I went sane." What a perfect analogy for what these five couples expect from California--the hope for change and renewal. In their voices the listener can hear California is not just a place on the map it's a state of mind. B.P. © AudioFile 2014, Portland, Maine [Published: MAY 2014]