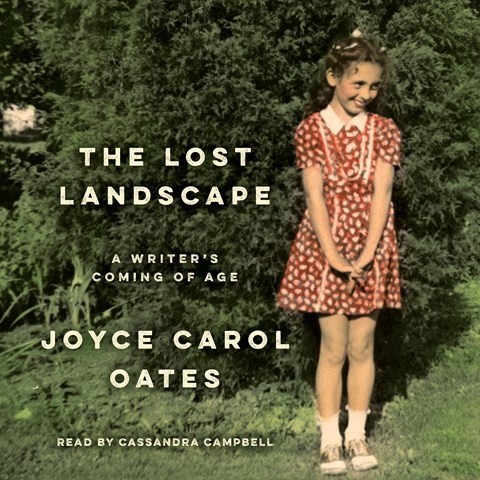 THE LOST LANDSCAPE A Writer's Coming of Age

Cassandra Campbell's beautifully expressive performance captures the emotional depth of these loosely interlocked essays in which Joyce Carol Oates reflects primarily on her family and childhood and the significant events that influenced her worldview and development as an author. Using a conversational, almost storytelling, style, Campbell creates a welcome intimacy between the listener and Oates's carefully crafted prose. Several pieces involve long lists of food or clothing or other short memories, and Campbell's whispery, melodic voice captures the poetic quality of those sections, completely captivating the listener. The essays embrace a broad emotional spectrum—from the wonderment of obtaining a first library card to the devastation of losing a parent—and present a stark portrait of growing up in rural America in the 1950s. C.B.L. Winner of AudioFile Earphones Award, 2016 Audies Finalist © AudioFile 2015, Portland, Maine [Published: SEPTEMBER 2015]