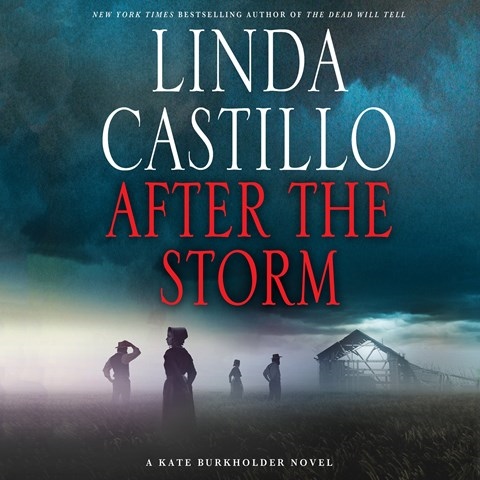 AFTER THE STORM Kate Burkholder, Book 7

Returning to Castillo's Kate Burkholder series, narrator Kathleen McInerney is unable to overcome the weaknesses of the plot. Her abrupt reading style, combined with Castillo's stiff writing, creates jerkiness in the narration. McInerney also exaggerates the farcical personal drama of Burkholder's character, a seasoned police chief who needs to regularly remind everyone, "I'm a cop." Neither Castillo nor McInerney seem convinced this protagonist is strong enough to lead a police force since both depict her as an indecisive, overly emotional stereotype. Fans who have consistently enjoyed this audiobook series are likely to continue doing so, but newcomers and those noticing a decline in the later installments should pass this one over for a less melodramatic mystery. J.F. © AudioFile 2015, Portland, Maine [Published: OCTOBER 2015]