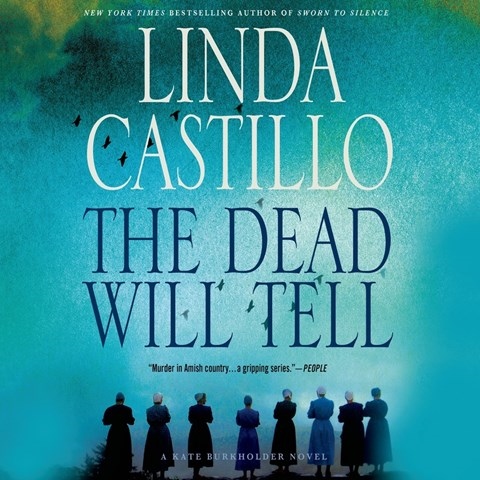 Kathleen McInerney returns to narrate another installment of the Kate Burkholder mysteries. As chief of police in a small Ohio town that includes a traditional Amish community, Burkholder is once again called upon to solve a murder that overlaps the worlds of the the Amish and the “Englishers.” McInerney deftly portrays the mores of the Amish, showing Burkholder’s respect for her own Amish upbringing. Her narration is also impressive when voicing the often touchy conversations between Berkholder and her live-in boyfriend, handsome state agent Tomaselli, who is still struggling with his own demons. When a second dead body is discovered, Burkholder must set aside her personal issues to consider whether the death is a murder disguised as suicide. N.M.C. 2015 Audies Finalist © AudioFile 2014, Portland, Maine [Published: SEPTEMBER 2014]