Home»Reviews»JOHANNES CABAL AND THE BLUSTERY DAY 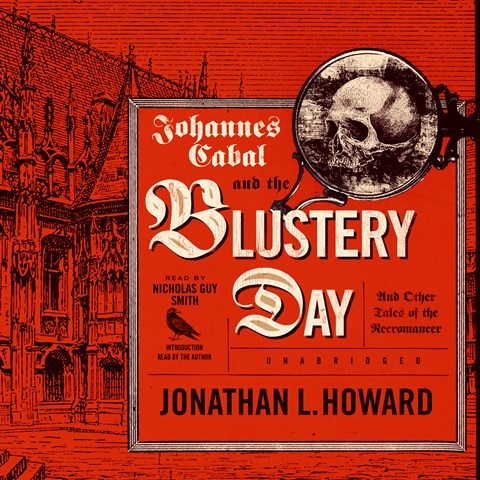 The walking dead, murderous pixies, and unsatisfied spirits are all in a day's work for Johannes Cabal, an aristocratic young man whose scientific fascination with the deceased knows no bounds. Narrator Nicholas Guy Smith leads the listener through this ghoulish collection of short stories, his charming British accent accentuating the heavy dash of dour humor that pervades Cabal's universe. The introduction, read by the author himself, prepares listeners for a sometimes ghastly but mostly enjoyable ride. Smith has a way of lowering his voice to hushed tones during suspenseful points, piquing the listener's interest. His conversational tone ties the stories together, making them equally enjoyable to listen to in bite-size chunks or several hours at a time. E.E. © AudioFile 2015, Portland, Maine [Published: OCTOBER 2015]