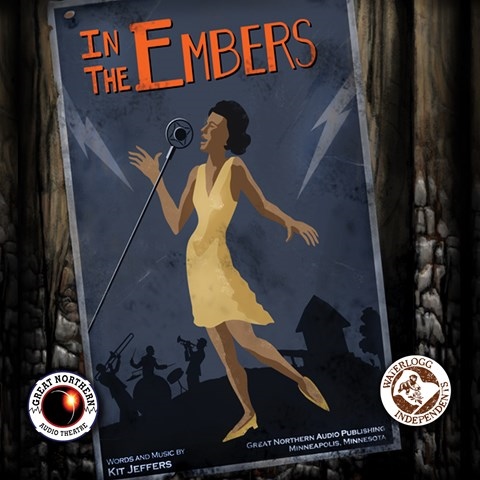 Best known for clever live sci-fi shows, the dynamic duo of Jerry Stearns and Brian Price show that they have more up their sleeves. EMBERS tells the story of Digger, an archaeologist who decodes the voices of two girls from the charred ashes of an old barn, unlocking secrets, strangeness, and some saucy jazz tunes. The dialogue in this short drama is as sharp as laser etchings, and, among a strong ensemble cast, the performances of Robin Miles and Olivia DuFord stand out. Listeners will be treated to some uniquely sonic special effects, original tunes, and an imaginative story written by two of contemporary audio drama’s best. F.G. © AudioFile 2015, Portland, Maine [Published: OCTOBER 2015]