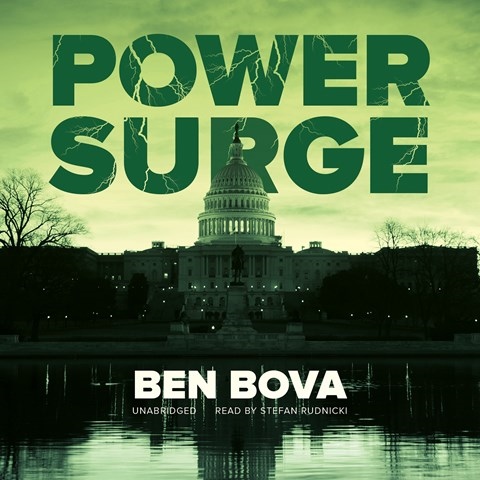 Avid fans of master narrator Stefan Rudnicki might want to listen to this audiobook despite its weaknesses. In his usual basso way, he adds subtle touches that distinguish the characters, set the scenes, and generally attempt, with greater or lesser success, to engage us with the story. He portrays one mobster particularly well. However, while the author is a major figure in science fiction, this work and its prequel, POWER PLAY, scarcely explain his popularity. Mostly, this title is a screed on modern-day federal energy policy. Sadly, the main character is a petulant fellow who usually acts like a spoiled brat. This listener quickly became unsympathetic, Rudnicki notwithstanding. D.R.W. © AudioFile 2015, Portland, Maine [Published: SEPTEMBER 2015]