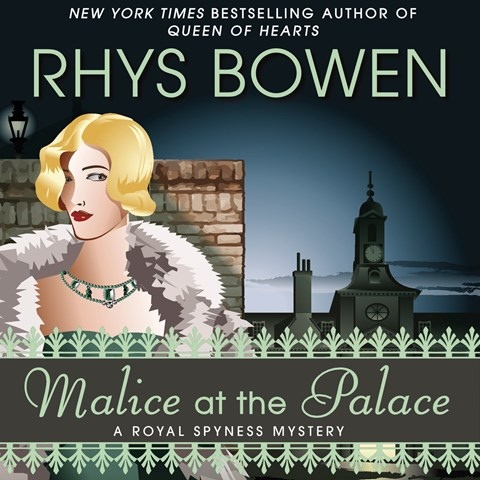 Katherine Kellgren's clear voice and warm tone are perfect for Bowen's humorous British mystery, featuring Lady Victoria Georgiana Charlotte Eugenie (Georgie). Minor characters, such as Georgie's ineffectual Cockney maid, Queenie, and assorted butlers, cleaners, maids, and footmen reveal themselves through robust working-class British accents, while Georgie's friends and various royals are given posher accents. Georgie's longtime Irish boyfriend, Darcy, aids in moving the plot through its many twists and red herrings as he helps solve a murder while preventing scandals and broken hearts. Both historical and fictional characters are brought to life through Kellgren's effusive reading of sparkling dialogue and humorous scenes. The escapades within the halls of Kensington Palace, and other royal residences and gambling establishments, as described by the lively Georgie are splendidly enhanced in this audio. S.C.A. Winner of AudioFile Earphones Award, 2016 Audies Finalist © AudioFile 2016, Portland, Maine [Published: FEBRUARY 2016]