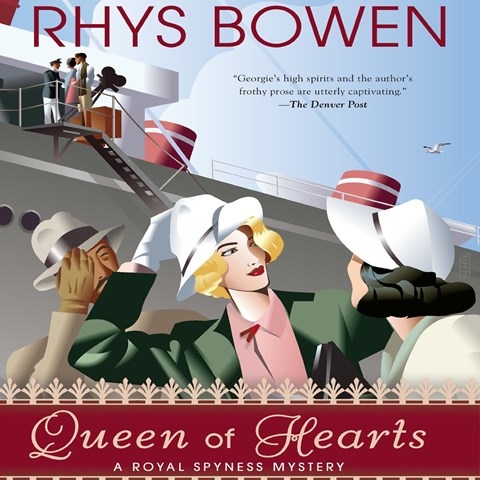 Lady Georgiana Rannoch may be thirty-fifth in line for the British throne, but, as portrayed by Katherine Kellgren, she's a Girl Guide at heart. In this volume of Rhys Bowen's series, which takes place in the 1930s, Georgiana accompanies her mother to America. Once settled in the Beverly Hills Hotel, she savors Hollywood's delights while solving a mystery. Kellgren's reading of the cheerful aristocrat-cum-sleuth is enthusiastic and forthright, her mother is deliciously dreadful, and the other English and American characters, both male and female, are as amusingly over-the-top as the writing. One occasionally wishes that the Girl Guide would tone it down, but that's a minor quibble in this thoroughly enjoyable froth. A.C.S. © AudioFile 2014, Portland, Maine [Published: SEPTEMBER 2014]