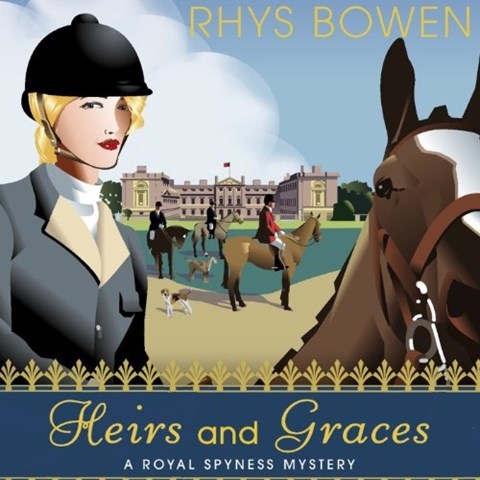 Lady Georgiana is called upon by Her Majesty the Queen to tap her considerable sophistication and manners to gently train a royal duke's newly discovered heir—born and bred in Australia's Outback. Katherine Kellgren has a flair for uttering every British upper-class syllable with perfect imperious tones. You can almost hear her looking down her nose at the peasantry. She also sublimely delivers the uncouth heir's Outback accent, along with Irish accents and other voices that differentiate characters’ varying classes and ages. The house party at Kingsdowne Place to welcome the unwelcome heir soon descends into murder, suspense, and high jinks. A.W. 2014 Audies Finalist © AudioFile 2013, Portland, Maine [Published: OCTOBER 2013]