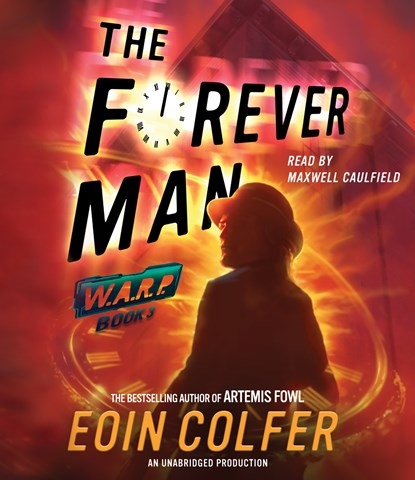 Riley, a Victorian orphan, and Chevie, a teenage FBI agent, travel back in time on the trail of psychopath Albert Garrick, a murderer, witch hunter, and ruthless serial killer who time travels between the 1600s and the late 1800s in search of death, revenge, and torture. Narrator Maxwell Caulfield's familiar crisp voice shifts smoothly as the characters change time periods. He uses a broad Cockney accent to perform Garrick's soliloquies and wide variety of other British accents and odd American accents for the host of other characters. When Garrick accidentally triggers a temporal wormhole, all three land in 1647, where dangers abound. Listeners unfamiliar with the WARP series are thrust into a confusion of characters, accents, plots, and motives. Caulfield does his best to illuminate the complex plot and differentiate the characters. M.B.K. © AudioFile 2015, Portland, Maine [Published: DECEMBER 2015]