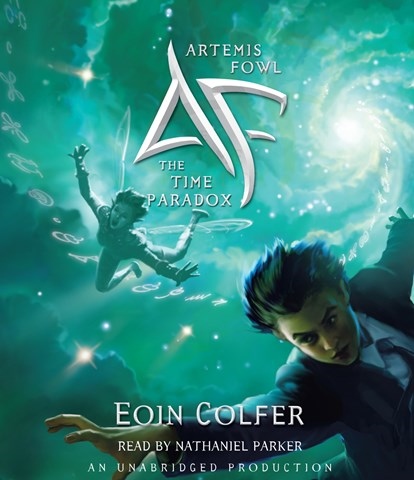 When Angeline Fowl becomes ill with a disease that can only be cured by an extinct breed of African lemur, Artemis must call on his friends in the fairy world for help saving his mother’s life. In the sixth installment of the Artemis Fowl series, Nathaniel Parker breathes life into series favorites: a maturing Artemis; Foaly, the techie centaur; and Holly Short, the hotshot LEPrecon captain. Parker’s voice embodies the characters—from Butler’s Irish brogue to the young Artemis’s biting arrogance—and personifies each character with the humor and sarcasm indicated by the author. The story brings together a host of Artemis’s friends and foes in a time-travel adventure that pits Artemis against one of his most cunning adversaries yet—his younger self. E.A.B. © AudioFile 2010, Portland, Maine [Published: NOVEMBER 2010]