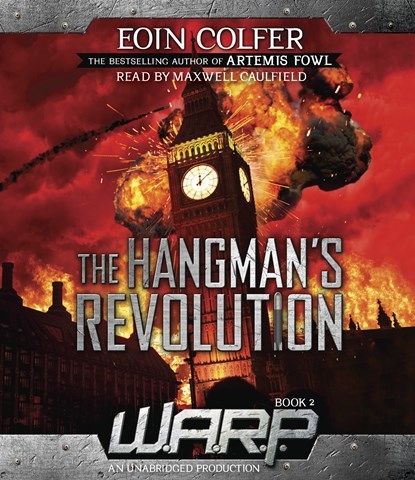 Riley, a teenager in the Victorian period, and Chevie Savano, a teen FBI agent in the present day, team up once again in this second installment of WARP (Witness Anonymous Relocation Program). Narrator Maxwell Caulfield once again displays his magnificent range of characters, accents, and emotions in this race-to-the-finish story. Maxwell’s timing matches the action perfectly as the teen duo works to save Europe from the evil Colonel Clayton Box. Both fans and newcomers will agree that Maxwell Caulfield’s interpretation is just the ticket for satisfying listening. E.E.S. Winner of AudioFile Earphones Award © AudioFile 2014, Portland, Maine [Published: AUGUST 2014]