Home»Reviews»DARK SIDE OF THE ROAD 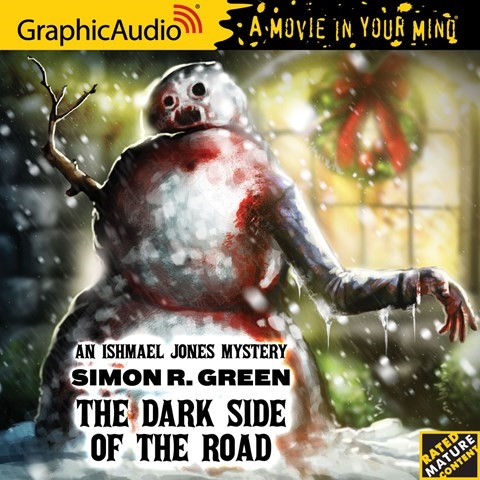 DARK SIDE OF THE ROAD Ishmael Jones Mystery 1

by Simon R. Green | Read by Scott McCormick and a Full Cast

The suave, intelligent, hard-to-pin-down, British-accented Ishmael Jones, played by the reliable Scott McCormick, keeps strange hours because he leads a strange life. When his secretive boss, “the Colonel,” sends him on an unexplained mission to an out-of-the-way English manor house, Jones’s world gets even stranger. Plenty of layers of moody music and evocative background sounds such as screaming fires, monsters, and winds are provided as a group of “Clue”-like characters searches every room for the killer among them. The producers of GraphicAudio are no strangers to mixing fantasy, horror, mystery, and superhero genres together. One could call this “graphic noir”—maybe not a pure genre, but pure horrific fun. B.P. © AudioFile 2016, Portland, Maine [Published: JANUARY 2016]