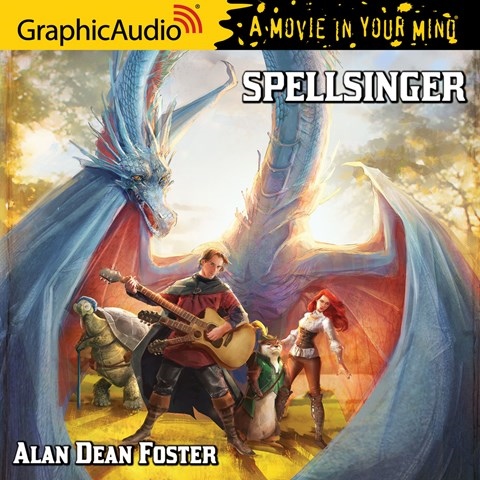 A novel that mixes a colorful and quirky cast (including a Marxist dragon) with music as a form of magic makes for a perfect adaptation into an audiobook. And GraphicAudio adds all the necessary flourishes. Jonathan Merriweather has been transported from his life as a law student into a medieval world of magic, where he unknowingly has great power as a Spellsinger. Terence Aselford doubles as main narrator and director. In the former role, he provides a deep and compelling voice to help listeners navigate this magical world, and in the latter, he pulls the cast, sound effects, and musical score into an enjoyable and lively production. L.E. © AudioFile 2016, Portland, Maine [Published: FEBRUARY 2016]