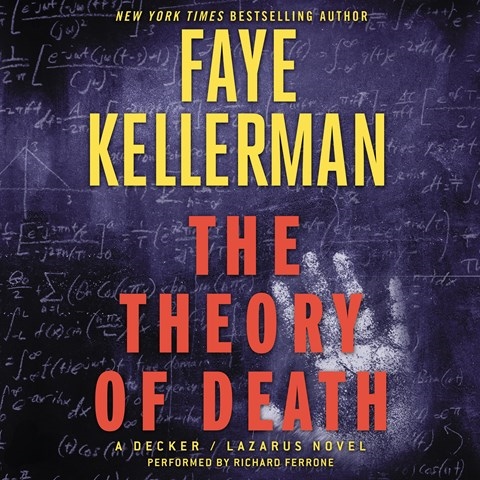 Faye Kellerman's well-loved police lieutenant, Pete Decker, returns in a complex whodunit that takes place in the lofty world of academic mathematics, with the apparent suicide of a preeminent student. Richard Ferrone's narration is well suited to Decker's first-person musings as he probes the prickly personalities in the Math Department at elite Kneed Loft College. But Ferrone's steady pace and mostly unembellished characters fail to add spark or clarity to the dialogue or a narrative that is full of mathematical details. Ferrone adds color to the Asian and Italian Department heads, but most of the college students are indistinguishable from each other. Ferrone's Decker remains stalwart as another death forces him to consider the possibility of a conspiracy beyond the academics, which leads to a shattering discovery. N.M.C. © AudioFile 2016, Portland, Maine [Published: FEBRUARY 2016]