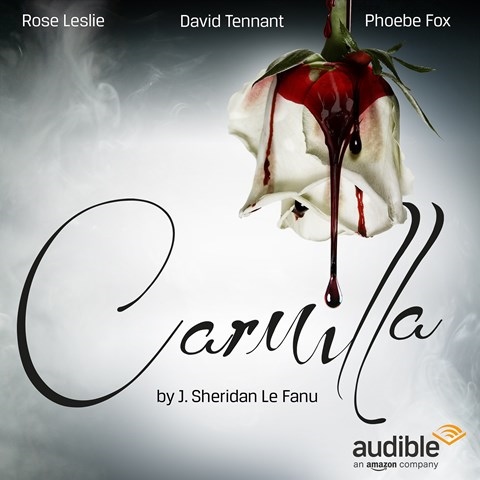 This vampire thriller, which predates Bram Stoker's more famous DRACULA, gets a full-cast adaptation by British headliners. The narrative and dialogue are carried by Rose Leslie, who plays main character Laura, a Victorian teen who lives in relative seclusion on her family's estate until her father takes an ill young woman, Carmilla, under his protection. Leslie gives a passionate performance, conveying Laura's reluctance to tell her story of the borderline romantic attachment that quickly develops between her and Carmilla. Phoebe Fox's performance captures Carmilla's allure while also giving her a sense of menace that increases as her behavior becomes more erratic. Strong secondary characters, sound effects, and music round out the production, making for a brisk, dramatic listen and fine introduction to a tale worthy of more attention. A.F. 2016 Audies Finalist © AudioFile 2016, Portland, Maine [Published: JANUARY 2016]