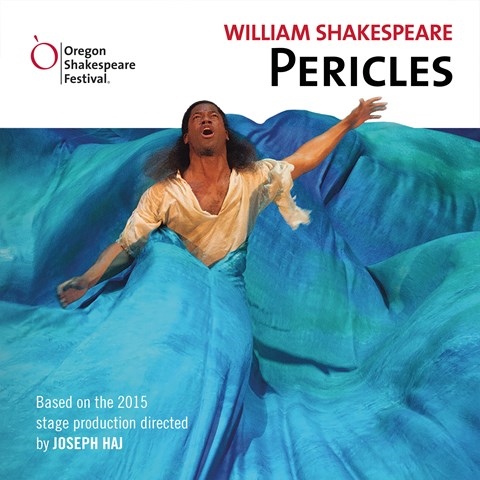 by William Shakespeare | Read by a Full Cast

A young prince is on the run after he solves the riddle presented by an evil king. The prince is caught in a huge storm and is rescued by fishermen just in time for him to enter a tournament to win the hand of the beautiful princess of the island. The cast of the Oregon Shakespeare Festival presents this wild tale as a sea story, even singing a number of the rhyming couplets as sea chanties. The ensemble uses their American accents to good effect, keeping the fast-paced Elizabethan language sounding clear and understandable. As for who actually wrote the 1606 play, most scholars lean toward a collaboration between the Bard and a dramatist/pamphleteer named George Wilkins. B.P. © AudioFile 2016, Portland, Maine [Published: AUGUST 2016]