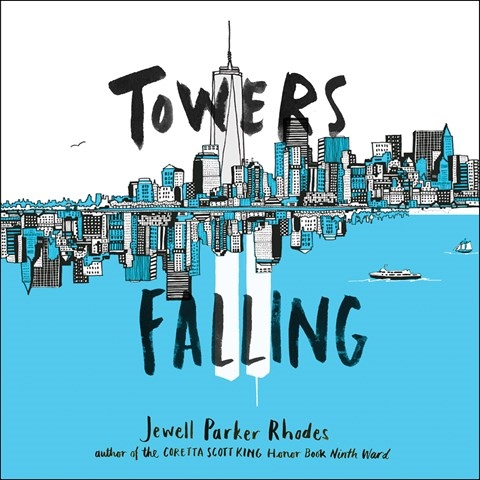 Deja Barnes's attitude is understandable. She's living in a homeless shelter, her father is always angry, and she's starting school in a wealthy Brooklyn neighborhood. Additional stress comes as the curriculum focuses on 9/11. Deja knows nothing of this event because her father has been hiding his story. Jewell Parker Rhodes expresses Deja's strong feelings eloquently in her book. However, her overwrought narration seems as if she doesn't trust the power of her writing. Feisty, tough Deja sounds shrill and accusatory. Portrayals of Deja's new friends from Muslim and divorced backgrounds are presented more gently. While Rhodes's over-the-top delivery erodes the story's tone of questioning and diminishes the important theme of connection, Deja does soften by the book's end when she better understands her father. S.W. © AudioFile 2016, Portland, Maine [Published: AUGUST 2016]