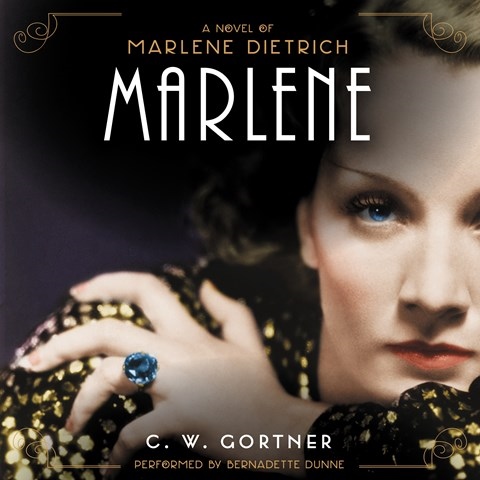 Narrator Bernadette Dunne’s sensitive, sophisticated narration is ideally suited to this fascinating novelization of the life of Maria Magdalena Dietrich, better known as Hollywood entertainment icon Marlene Dietrich. The work chronicles, in historical fiction, her early life in Germany and then her Hollywood career through the end of WWII. Dunne applies a lilting touch with just a hint of German-accented English, with much of her performance closely approximating what listeners may recall from Dietrich’s films and recordings. The work paints a lush portrait of Dietrich’s wanderlust, bisexuality, and enthusiastic support of the United States during Germany’s Third Reich. This richly detailed effort provides dramatic insight into Dietrich’s strong and complex personality. W.A.G. © AudioFile 2016, Portland, Maine [Published: JUNE 2016]