Home»Reviews»THE VIEW FROM THE CHEAP SEATS 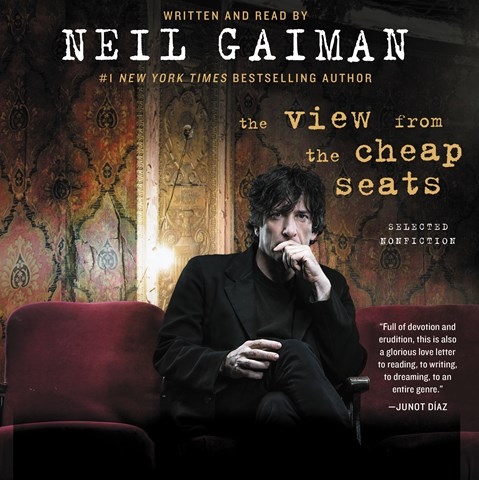 THE VIEW FROM THE CHEAP SEATS Selected Nonfiction

Neil Gaiman is widely acknowledged for his work as a writer, but his narration of this collection of his essays and speeches reminds listeners that he's a charismatic performer as well. Gaiman's tone ranges as his pieces do--reflective and affectionate when speaking about friends who have died (his essay on Diana Wynne Jones is particularly affecting), amused when speaking of his youth, and passionate when speaking on reading and the importance of genre fiction. His playful accents are a high point, as when he does a not-half-bad impersonation of Stephen King. Fans of Gaiman will be familiar with many of his subjects, and he succeeds in his mission to encourage listeners to revisit favorites and seek out something new. A.F. © AudioFile 2016, Portland, Maine [Published: JUNE 2016]