Home»Reviews»SIX KIDS AND A STUFFED CAT 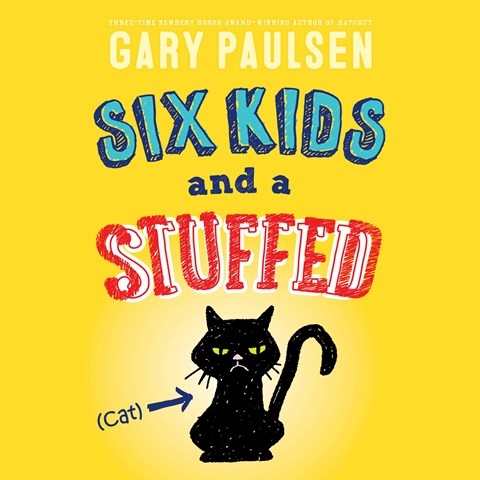 SIX KIDS AND A STUFFED CAT

A severe weather alert finds six eighth-grade boys trapped in the school bathroom during lockdown. Kirby Heyborne applies his trademark emotional range to flush out the stereotypes: class clown, brainiac, overachiever, bully, plugged-in air rocker, and insecure newbie. The story's lack of action could become sluggish in text format. But Heyborne brings youthful energy to each character and plays them off each other so well you'd swear you were watching the story on stage. Heyborne taps into that effect when the story is retold in screenplay format, complete with stage directions. Devon's air rock concert, Jordan's comedic narrative, Regan's near constant list of his own achievements, and Avery's shyness are sure to please. M.F.T. © AudioFile 2016, Portland, Maine [Published: SEPTEMBER 2016]