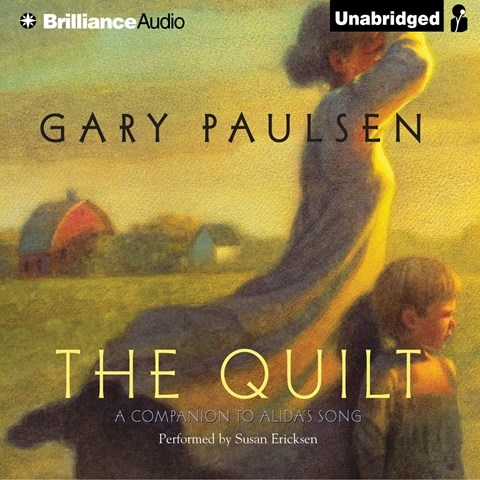 Paulsen's third and final autobiographical novel honoring the grandmother who played such an important role in his childhood was originally published in 2005. The author himself introduces this new audio edition, setting the stage for the story of an event that happened when he was 6 years old. Susan Ericksen brings "the boy" and his grandmother to life. She does an especially noteworthy job with the dialogue, giving the grandmother an accent that fits a Norwegian grandmother with a heart of gold. Her pacing and tone suggest that she's sharing the story with a young child as she paints a lovely picture of the special relationship between the boy and the grandmother who loves him. N.E.M. © AudioFile 2013, Portland, Maine [Published: APRIL 2013]