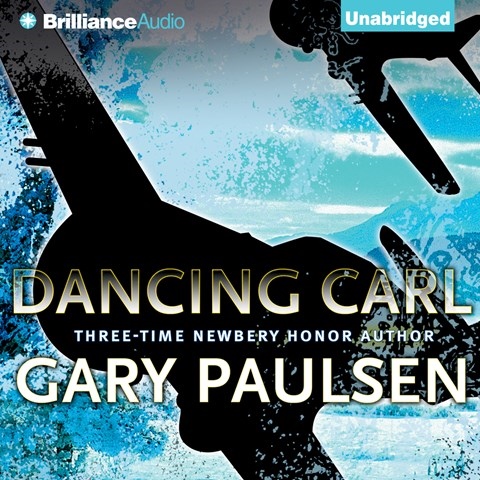 McKinley, Minnesota, is a small town where everyone looks out for each other. In the winter, life happens at the rinks: Kids play hockey, grown-ups skate to scratchy records, and miracles happen. In the voice of 12-year-old Morris, narrator Nick Podehl tells of the winter that Carl appeared in a tattered flight jacket and took over the maintenance and supervision of the rinks. Podehl adds music to Paulsen’s poetic language, especially as he describes the mysterious, disturbing yet somehow enchanting dance that Carl does. Paulsen’s lyrical story of courage, compassion, and community is given new life with Podehl’s sensitive interpretation. N.E.M. © AudioFile 2012, Portland, Maine [Published: AUGUST 2012]