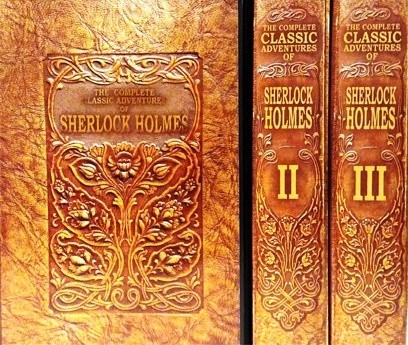 This is the first time that all 60 Sherlock Holmes stories have been fully dramatized on audio by a North American English-speaking group; equally exciting is the fact that these adaptations have been authorized by the estate of Dame Jean Conan Doyle (Sir Arthur's daughter). John Patrick Lowrie skillfully portrays a humbler and more humorous Holmes while Lawrence Albert's Dr. Watson is wiser and even occasionally gets Holmes out of a jam. Lee Paasch is fun as the long-suffering Mrs. Hudson, who is more outspoken in these performances--as when she begs Holmes to "remove his silly disguises because the neighbors are talking." First-rate sound effects take listeners onto the streets of London with Holmes and Watson to hear horses' hooves, people talking in the background, and Big Ben chiming. It's enthralling to hear the traditional canon so very cleverly performed. S.G.B. © AudioFile 2016, Portland, Maine [Published: SEPTEMBER 2016]