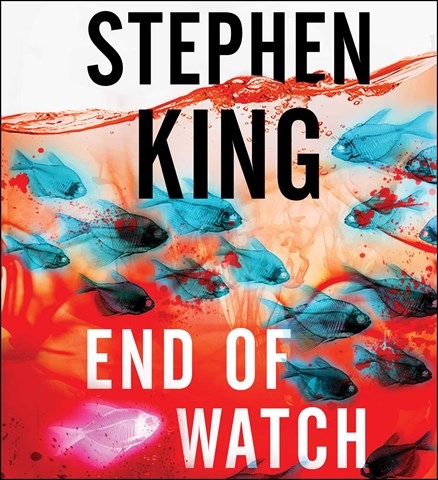 In the fascinating final book in King's Bill Hodges Trilogy, narrator Will Patton leads listeners along a dark path to a satisfying conclusion. His sometimes breathless delivery is perfect for this story, among King's creepiest. Each audiobook in the series spins off one incident--the murder of job seekers mowed down by a Mercedes-Benz. Now, as the comatose Mercedes driver is somehow forcing the survivors to kill themselves, detectives Bill Hodges and Holly Gibney must overcome their skepticism and stop the killer. Patton uses a broken speech pattern to communicate Holly's speech problems. She struggles with monumental emotional and mental difficulties to keep her sanity in check, though a nervous breakdown always seems just a step away. Yet through her pain, she demonstrates a connection that can break the case. M.S. © AudioFile 2016, Portland, Maine [Published: JUNE 2016]