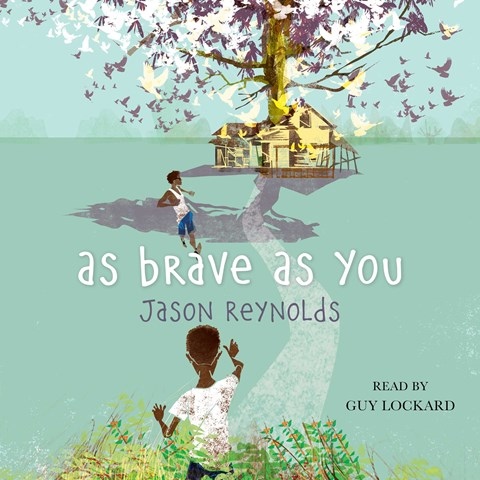 AS BRAVE AS YOU

Narrator Guy Lockard’s impressive command of dialect and intonations enlivens the author’s humor. His voice animates the rural African-American setting of this story and actualizes the characters of 11-year-old Genie and his older brother as they spend a month with grandparents they hardly know. Lockard’s portrayal of Genie is seasoned with a mix of curiosity and nervousness. These fit the anxious protagonist, who worries about his parents’ marriage, the unusual behavior of his grandfather, and generational hurts he doesn’t fully understand. Amid chores of poop-scooping and pea-picking and wondering about the forbidden “nunya bidness door,” Lockard fully expresses Genie’s blind, gun-toting Grandpop—the vulnerability that lies below his swagger and the man’s need for the grandson who comes to love him. S.W. © AudioFile 2016, Portland, Maine [Published: MAY 2016]